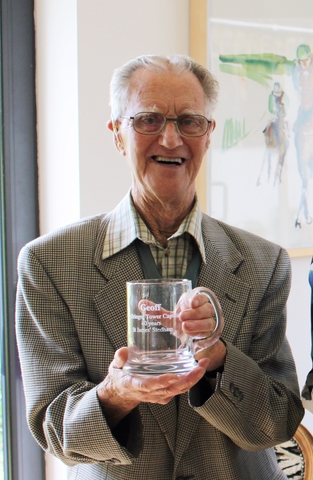 He was a regular member of St James, Stedham having learned to ring in the mid 1960’s under Don Kirk, the school master. He rang his first ¼ peal along side his daughter Gill on 13th February, 1969 and continued as a ringer and as tower captain until well into his 80’s eventually standing down in 2016. He still wound the clock into his old age.